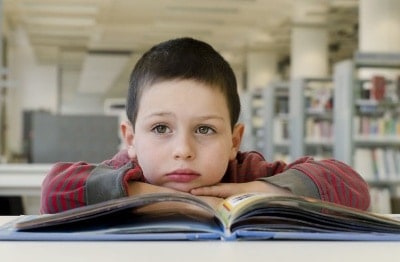 Dyslexia is a language based learning difficulty of neurological origin. It typically includes:

Listening (and auditory processing) are the most basic skills required for verbal communication. Therefore a weakness in listening ability may hinder the development of a strong language base. Consequently, the child encounters problems when it comes to the more complex linguistic tasks of writing and reading. If the sounds of speech have not been accurately heard, they cannot be accurately conveyed by symbols.

The brain and language

The left hemisphere of the brain is the main centre for processing language. In order for speech sounds to reach the brain efficiently the right ear must take a leading role in listening because the right ear communicates most directly with the left hemisphere. Dr Tomatis contends that children with dyslexia have failed to achieve right ear dominance and that therefore the order in which they hear sounds becomes jumbled. If they sometimes use the left and sometimes the right ear as the directing ear, sounds may reach the brain at different speeds, so letters will be jumbled. This accounts for errors of reversal, such as writing “was” as “saw” or pronouncing “spaghetti” as “pisghetti”.

How Sound Therapy may help

The balance between the two hemispheres of the brain is of fundamental importance in overcoming dyslexia. Both hemispheres play a role in processing language, but the roles they play are different. The eye must combine with the power and quality of the ear to make sense of the written sounds. This co-ordination happens easily when the left hemisphere deals primarily with audition and the right hemisphere deals primarily with vision. In dyslexia, the route which allows for phonic analysis has been damaged. Sound Therapy may help restore the functioning of this route and eliminate the cause of the problem.

Sound Therapy stimulates the ear, encouraging it to receive and interpret sound in an efficient manner. Music is a highly organised series of sounds that the ear has to analyse. This is an excellent way for a child to learn how to perceive sounds in an organised fashion, or in other words, to listen. The increased high frequency stimulation of the right ear, which is built into all Sound Therapy recordings, means that the right ear is trained to be the directing ear. When this right ear dominance is achieved, the symptoms of dyslexia are usually reduced.

Children with dyslexia often have feelings of inferiority after repeated failure. It is unfair that they must try many times harder than anyone else to achieve only mediocre results. Sound Therapy may offer immediate emotional relief because it is easy to use and directly addresses the neurological processing problems. Once the child is able to receive and interpret sound accurately and easily, his or her ability and motivation to communicate is greatly increased. Thus the problem learner is quickly transformed into a receptive and motivated learner. For more information, please refer to the book book Why Aren’t I Learning? by Rafaele Joudry .