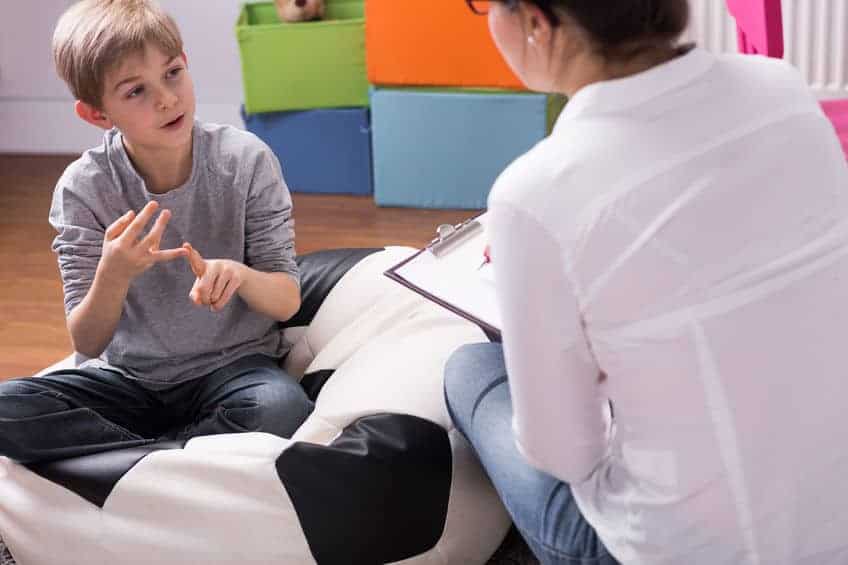 Unless there is a deformity in the vocal apparatus, most speech difficulties are caused by some interference or distortion in auditory reception. Although the hearing may test as normal the ability to rely verbal information to the brain may be impaired.

Hearing our own voice is a source of constant feedback while we are speaking and if there is any confusion in the sequence of received sounds, it will cause confusion in the output of speech. The results can be substitutions of one sound for another, stumbling over words or a flat and toneless voice. Most people use the left hemisphere of the brain as the primary integrating centre for language. Some studies have shown that stutterers process language primarily in the right hemisphere or a mixture of the two.

The right hemisphere is less efficient for processing auditory information, so this results in problems in the timing of speech output. Speech difficulties frequently lead to problems in other areas where language is used, such as reading and writing. The element, which is the basis for all these skills, is the ability to hear and process sound accurately.

Dr Tomatis made an important discovery about the relatedness of the ear to the voice. He established that the larynx emits only those harmonics that the ear hears. A lack of tone in the voice indicates a lack of tone in the hearing. Sound Therapy may fine tune the hearing and restore the ability to hear missing frequencies, by exercising the ear muscles and stimulating the receptor cells in the inner ear. It may also correct reversed or mixed laterality, so that the left hemisphere becomes the processing centre for language. Sound Therapy continually plays more sound into the right ear. The right ear connects to the left hemisphere of the brain, so when the right ear becomes dominant, the language function naturally switches to the left hemisphere.

Dr Tomatis worked with a group of 74 stutterers and discovered that all of them had difficulty hearing from the right ear. When he educated them to use primarily the right ear, all of them began to speak correctly. Children with other types of speech difficulties have responded similarly to the treatment. Not only does their speech improve but their behaviour changes. They became more confident, more dynamic and more eager to talk and communicate. Parents also report improvements in reading and the use of written language.

For more information, please refer to the book Why Aren’t I Learning? by Rafaele Joudry