Depression and Anxiety and Sound Therapy 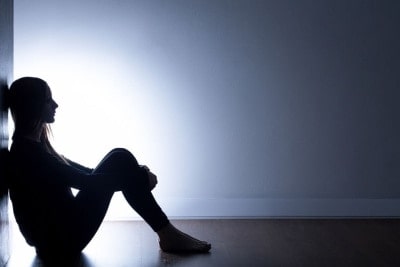 Clinical depression with its symptoms of despair, guilt, exhaustion and anxiety is a singularly debilitating condition. Severe sufferers find it hard to become motivated or enthused about any part of life. Rising rates of teen suicide are an alarming warning that depression is out of control and growing rapidly. In a depressed state there is less brain activity, less external awareness, less drive and motivation and lower life force energy.

Depression is linked to the lack of certain neurotransmitters which create positive emotions: dopamine, serotonin and noradrenaline. Dopamine is necessary in numerous parts of the brain to produce normal functioning. The particular areas thought to be associated with depression are lack of dopamine in the basal ganglia frontal lobe pathway, and the frontal lobes of the cortex, the area which allows us to be conscious of our emotions.

The right hemisphere of the brain seems to be associated with negative emotion while the left is more engaged with happiness. Throwing yourself into some left brain activity like reading, talking or doing a crossword puzzle often brings relief from mild anxiety and depression. When the left brain is active it sends signals to the right brain thus inhibiting its tendency to sink into emotional moodiness. A part of the emotional brain, or limbic system, called the amygdala, generates negative emotions such as anger, fear and grief. Later in our evolution we developed our prefrontal cortex which gives us the ability to think logically and therefore to control emotions that are generated in the amygdala and limbic system.

Anxiety is another mix of negative emotion with a higher proportion of fear. When a high level of anxiety is being generated by the amygdala, any amount of rational thinking may not be enough to quell the uncomfortable feelings.

This small, specific area near the front of the cortex is seen as the brain’s emotional control centre. It tends to be active when we concentrate our attention on negative or painful events such as being socially rejected. This is why for a clinically depressed person, external distractions like a nice holiday may make no difference if the internal focus is dominant due to the activity of the anterior cingulate cortex.

How can Sound Therapy help?

Sound Therapy has often proved helpful for depression and anxiety. By activating the neurons in the cortex and other parts of the brain, it causes increased activity, strengthens neural pathways and balances brain functions.

This added stimulation may enable the brain to naturally increase its dopamine and serotonin production, thereby increasing our motivation and happiness. By increasing external sensory awareness it helps us to reduce our internal focus, so negative emotions coming from the amygdala can be overruled by more conscious cortical awareness. Sound Therapy’s stimulation of the cortex may balance cortical pathways, reducing the overriding effect of the anterior cingulate cortex. By giving us conscious choice over our external versus internal focus, it gives us a positive outlook and increases our ability to notice and care for others.

Where Sound Therapy fits in

Research has shown that the stronger their left orientation, the happier the person is likely to be. Sound Therapy directly stimulates the left brain, so long term Sound Therapy listening is likely to increase levels of happiness. Someone who has had a tendency to depression may need a significant period of time to re shape the brain’s responses.

For more information refer to the book Sound Therapy: Music to Recharge your Brain by Patricia and Rafaele Joudry.

Disclaimer: This sheet is for information purposes only and should not be taken as medical advice.